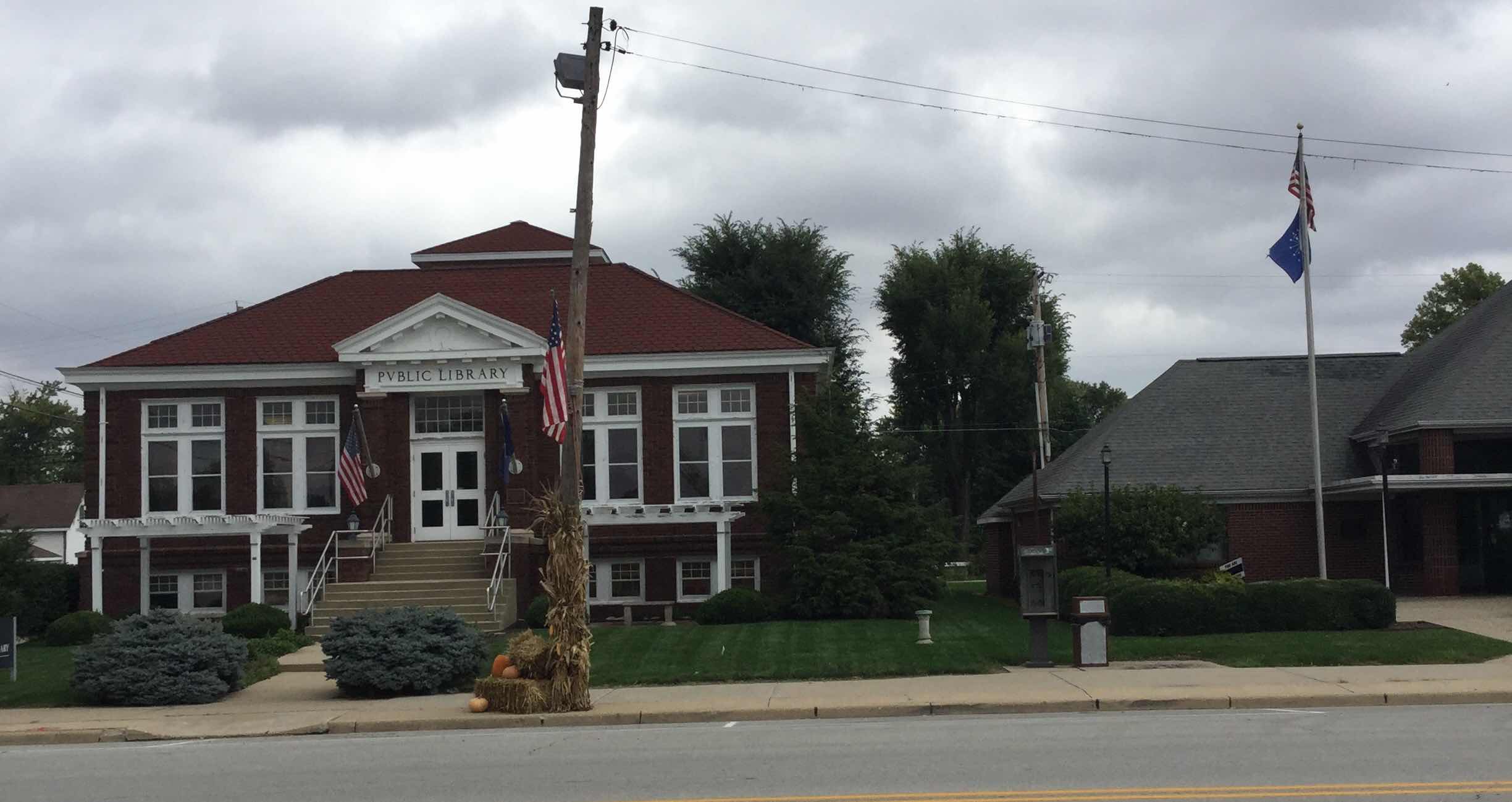 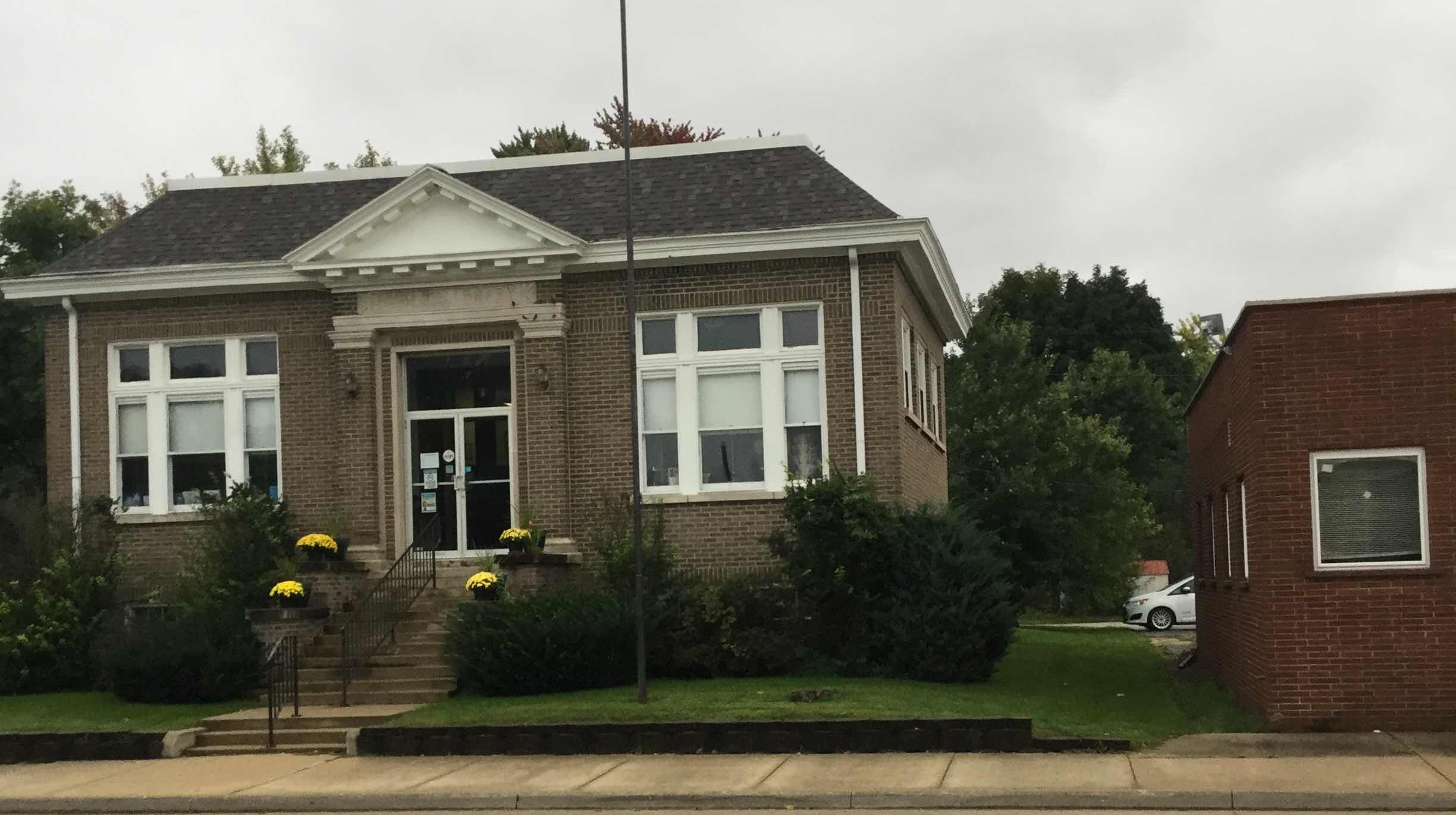 I delayed my arrival to Kingman until nine, hoping that might be when the library opened, but the library didn’t open until noon on this day.  The library had only limited hours to serve its small community, small enough that the library hadn’t been expanded since it was built over a century ago.  If the wind hadn’t been so adversarial the day before I might have been able to camp in Turkey Run State Park or in Raccoon Recreational Area down the road from Kingman.  I was at least able to take on a pint of chocolate milk from Gobbler’s Knob general store before the state parks on my way to Greencastle  and its pair of Carnegies.  Dead deer preceding the hunting season that would thin their numbers were a common site in this thickly forested stretch. 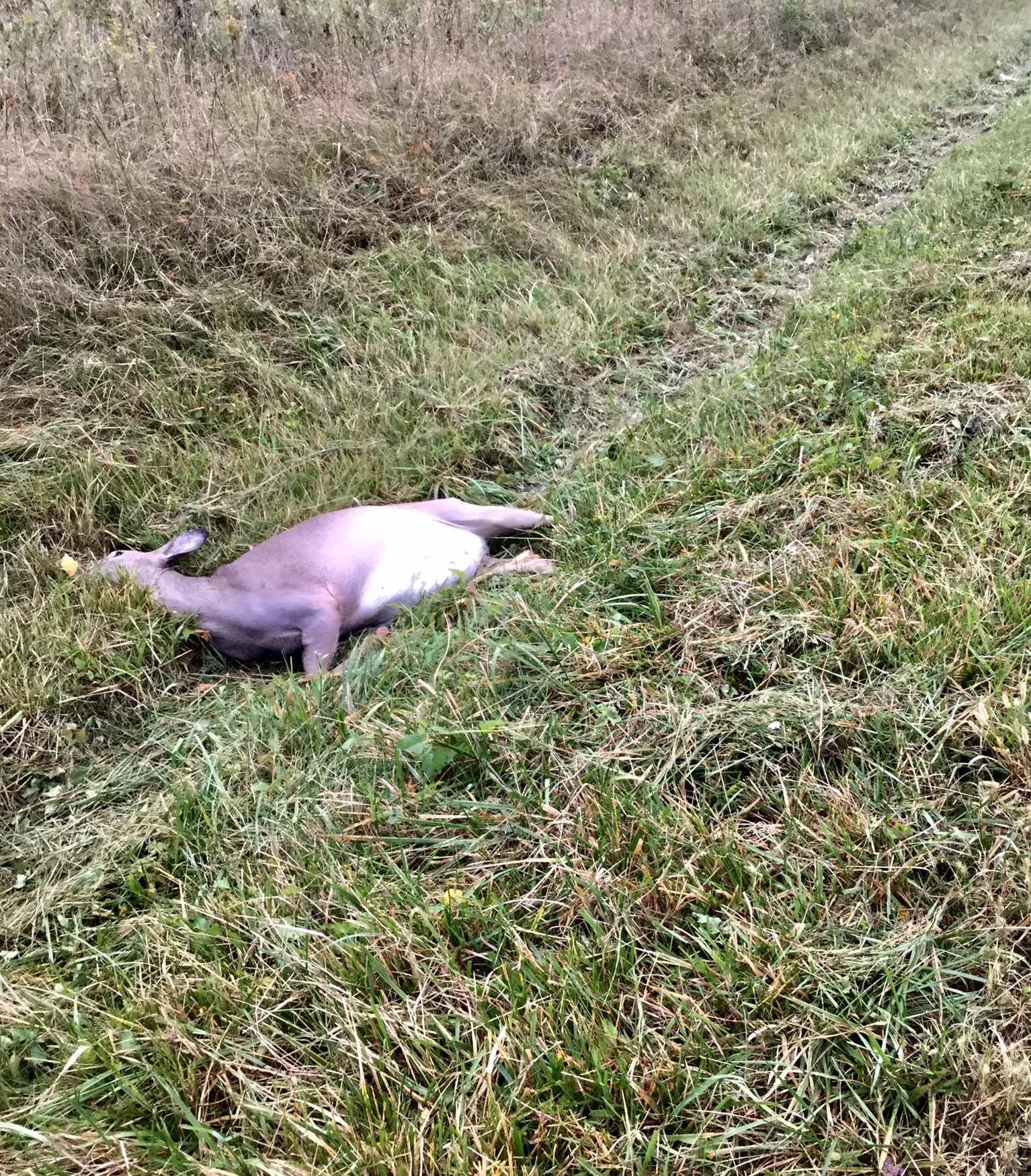 I had passed through Greencastle on another trip and had visited its Carnegie, but didn’t realize there was a second on the campus of DePauw University, one of two academic Carnegies in Indiana.  I remembered the town Carnegie was a little bit more majestic than most, as it was built with more than twice the usual $10,000 grant. It was also one of the rare Carnegies in Indiana that wasn’t identified as a mere “Public Library,” as the first five I had visited on this trip had chiseled on their facades, but as a “Carnegie Public Library.”  Greencastle has grown considerably since its Carnegie was erected, so has had a significant addition to its side and rear. 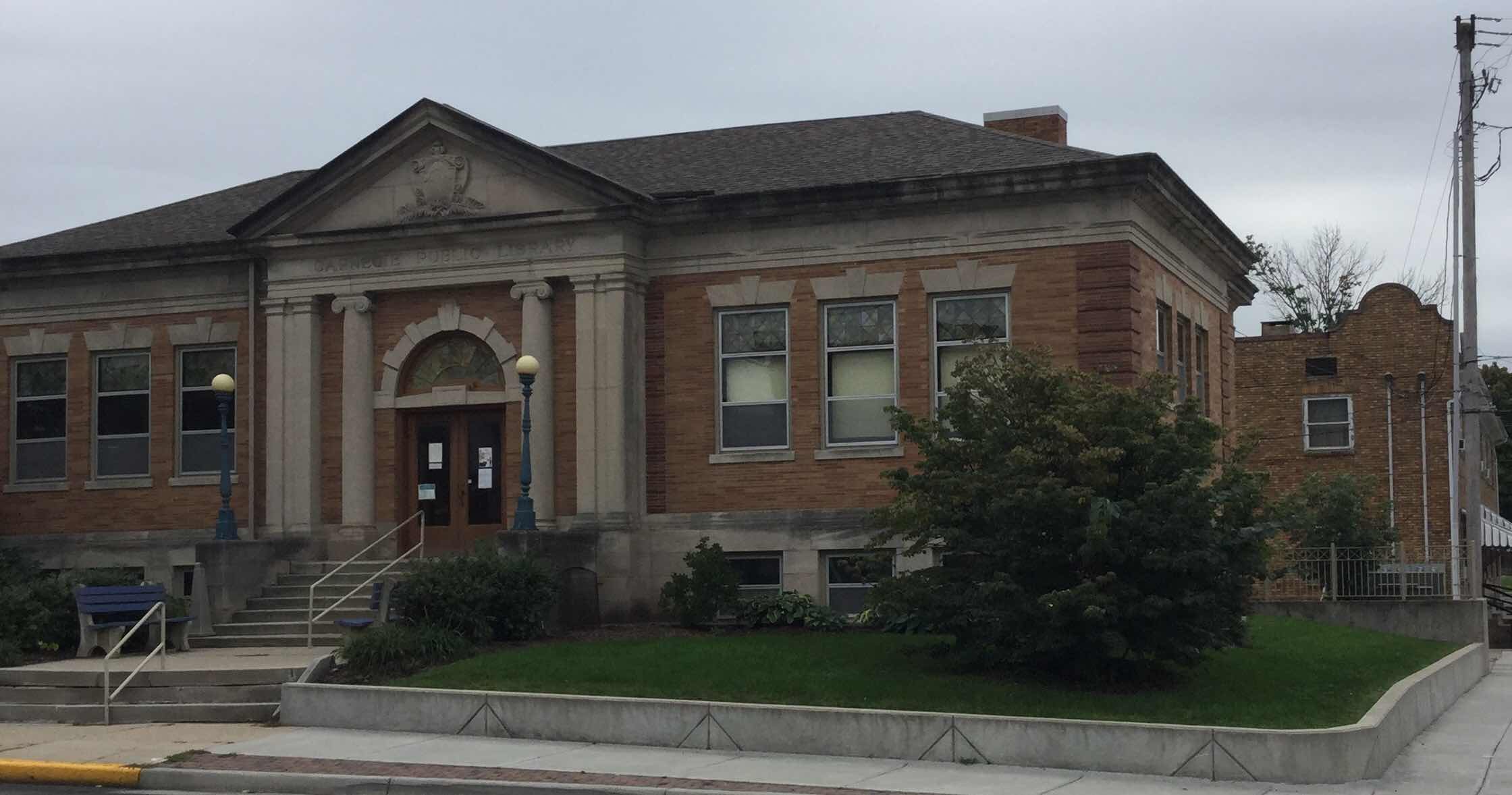 Just a few blocks down College Avenue as one enters the DePauw campus one is greeted by its grand Carnegie Library funded by a $50,000 grant.  It is now an Art Gallery and admissions office. It looks out on a huge grassy expanse.  Its upper facade refers to it as “Emison Museum of Art,” in honor of the family that funded its transition from a library in 1958.  Though “Library” had been buffed out above, “Built by Andrew Carnegie 1908” remains chiseled into the stone on the side of the building at street level.

It’s over one hundred miles to my next new Carnegie at the bottom of the state in Mt. Vernon on the Ohio River.  It will be several days before I reach it  as I will take a weekend hiatus from my Carnegie-quest to participate in the 51st annual  Hilly Hundred in Bloomington, one of the premier cycling events in the US.

Posted by george christensen at 7:44 AM