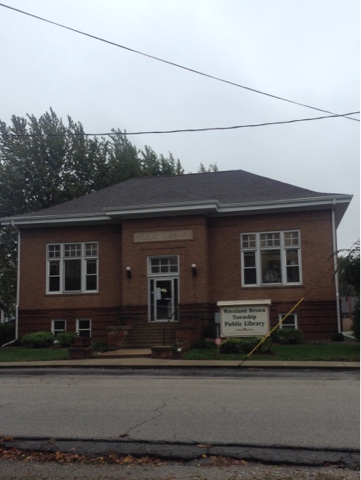 I was hoping it was a good omen to be visiting the Carnegie Library in Waveland just hours before the Cubs would be taking on the Nationals at Wrigley Field in game four of their five-game playoff series holding a two games to one advantage. Waveland is as significant to Cub fans as the W flag, as the bleacher entrance to the hallowed shrine is at Waveland and Sheffield Avenues. I  have been at that intersection hundreds of times, including for all 81 home games of the 1975 season, fulfilling one of my dream ambitions of spending a summer in the bleachers of Wrigley.  But the omen carried no weight as the Cubs fell 5-0, forcing a fifth game in the nation's capital.

The entire town of Waveland wouldn't fill the left field bleachers, even at its peak population of 676 when the Carnegie was built in 1914.  It has dwindled to 420, so there has been no issue of expanding the library, as is the case in most communities. When I asked the librarian if there was anything distinctive or unique about the library, she pointed to a landscape painting over the fireplace and said, "We have a T. C. Steele.  He used to live here."

She didn't know when.  "My one hundred year old mother would know," she said.  "She probably told me, but such things pass in one ear and out the next."  She led me to a table and picked up a biography of Steele and said, "This will tell you all about him."  Steele's family moved to Waveland in 1852 when he was five years old.  He lived there until he went to college.  He painted up to his death in 1926 and is considered the "father of the Hoosier school of painters." His boyhood home is on the National Register of Historic Places.  There is another local home on the Register, but not the Carnegie, though it well could be, as many are.

I'd just had a nice fifteen-mile ride from Roachdale, a slightly larger town with a similar-sized Carnegie in its original state other than the addition of a side entrance to accommodate those who couldn't handle its steps.  The standard portrait of Carnegie likewise welcomed those entering from the front accompanied by a plaque.  The library was further adorned with a pair of classy light fixtures outside its entry.  Sitting at one of its original wooden tables was another pleasant trip back in time. 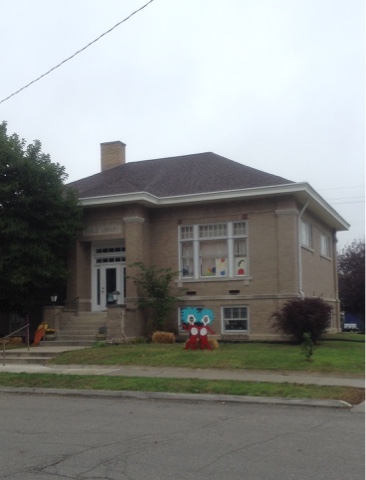 Preceding these two small-town Carnegies I passed a quartet of suburban Carnegies to the west of Indianapolis.  Only the one in Danville still served as a library, though it had had a pair of additions to its backside nearly quadrupling its size.  Looking head-on, one wouldn't know. 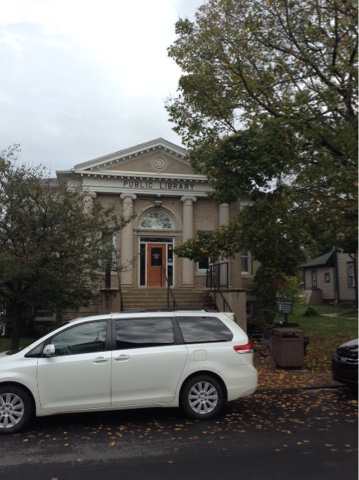 A plaque out front acknowledged its heritage. 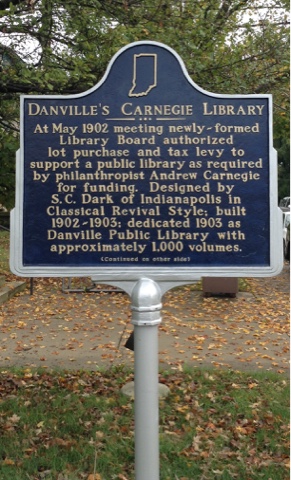 The Carnegie in Mooresville had been acquired by the bank next door and had been attached to become a very unSiaemese-like twin.  It's original entrance was now blocked and its identity as a library buffed off its facade. Only a plaque inside on the outside wall that now connected with the rest of the bank revealed its original identity. 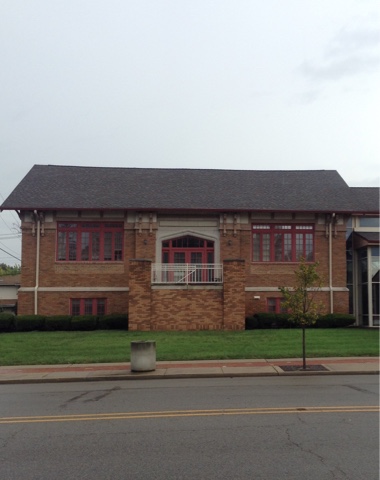 The Carnegie in Plainfield was now the national headquarters for the Triangle Fraternity, one of two collegiate fraternities not identified by Greek letters.  There are only thirty-five chapters of this fraternity of engineers, architects and scientists.  With such an association this was a Carnegie that was as pristine as the day it was built. 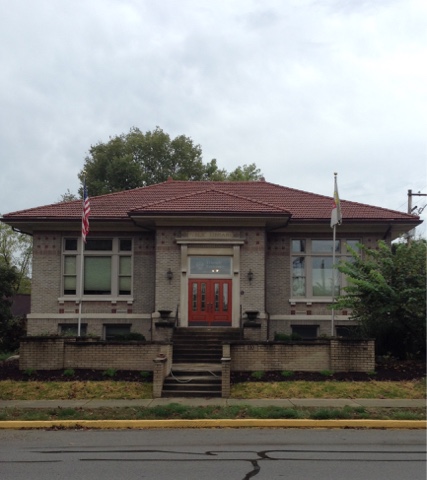 The Carnegie in Brownsburg had also been taken over by an organization on the technological side--Hendricks County Solid Waste Management District--and was likewise a glory to behold. 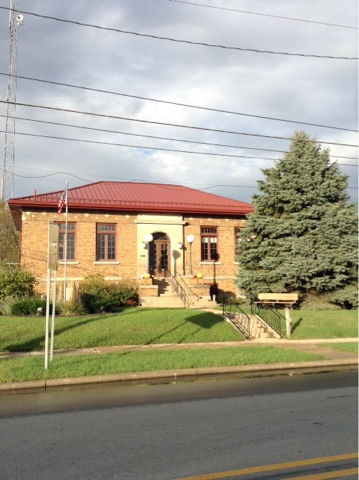 A bench out front demonstrated what it did. 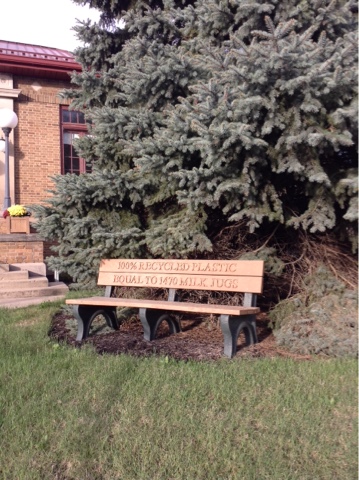 All six of these Carnegies were solid, distinguished buildings still serving and pleasing their communities. As I hopped from one to another, first through suburbia and then past cornfields and forests, I imagined the era when they were built over a century ago when there were more bicycles than automobiles on these roads.  I was now the lone cyclist, my example of these many years having no effect.


Posted by george christensen at 8:12 AM

I'm glad you're carving a path through my home state. I'm living in Williamston, Michigan, now. Being a Hoosier ex-pat, I'm enjoying this journey, vicariously of course, as much as your summer treks through France.

Kind of sad when you see Carnegies that are no longer libraries, in small communities that no longer can or do support libraries. I treasured my childhood time in libraries, and still go to the Bloomington or ellettsville library weekly to read the magazines and such.