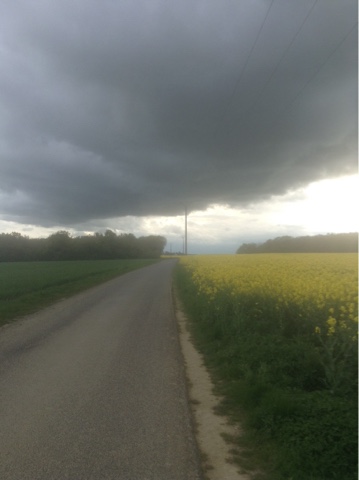 With yellow synonymous with The Tour de France, it was fitting that the dominant crop as I closed in on Prunay-le-Gillon was the bright yellow rapeseed.  Henri Cornet, the winner of the second Tour  in 1904, was buried in Prunay.  He never wore the Yellow Jersey though, as it wasn't introduced to The Tour until 1919.   But even if it had been the vestment of The Race leader in 1904, Cornet never would have worn it, as he wasn't declared the winner until a couple months after The Race, when the first four finishers, among them the winner of the first Tour, Maurice Garin, were disqualified for cheating.  They weren't caught using drugs, as drugs didn't become illegal for years, but for jumping on trains  and getting pulled by automobiles.

No yellow adorned Cornet's grave, though the yellow rapeseed formed a background beyond the cemetery and also lay at the end of the street in Prunay named for Cornet. 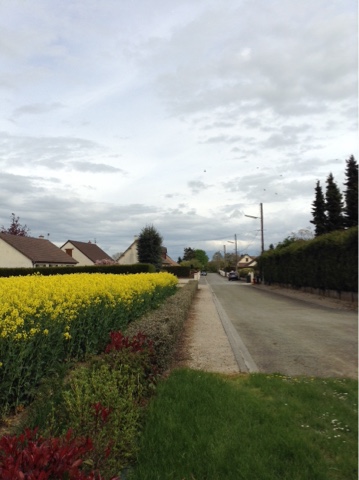 His modest grave was just to the left after one entered the cemetery with a plaque featuring him astride his bike on the wall behind it. 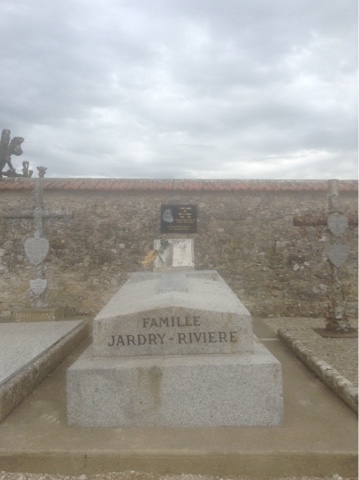 I didn't know the precise location of his grave and made the mistake of circling the cemetery counter-clockwise, rather than adhering to the clockwise direction The Tour de France followed its first few years.  When I hadn't found it I began to be worried that this small town might have another cemetery, especially since this one was barely half-filled, unlike most French small-town cemeteries that are nearly fully crammed.  Les Woodland, the English cycling writer who is an aficionado of Tour graves, had told me he was buried in his family grave under a different name.  I didn't remember the name and hadn't gone back to the email he sent me to remind me, thinking his name or some cycling emblem would catch my eye.  At least I was right about that. 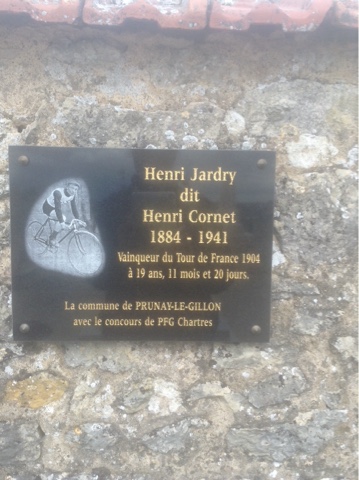 He cut such a youthful figure, as the youngest winner of The Tour, not even twenty at the time, that he was a rarity among riders of the time without a grandiose mustache.

The street named for him was just a block long on the opposite end of town from the cemetery, on its outskirts, with just a dozen newer homes.  There was just one lone street sign, and, as with others in the town named for someone, didn't offer any explanation of who he was. 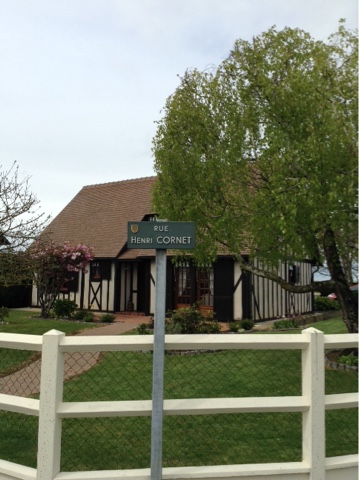 On the way to Prunay, which resides twenty-five miles east of Chartres, I passed through Wissous, a southern suburb of Paris where the 1947 Tour winner Jean Robic is buried.  I had already paid him my respects.  I would have gladly done so again, but night was closing in and the delayed fatigue from my overnight flight was beginning to set in.  My initial energy rush of excitement of being back in France had begun to wane after thirty plus miles of biking through the sprawl of Paris from DeGaulle airport.

I didn't get as early a start from the airport as I had hoped as my flight was delayed by demonstrations in Paris and only one customs official was on duty stamping passports.  I still took time to ask at the tourist desk if they could find the burial sites of a couple early Tour winners who had died in Paris.  I hadn't been able to track down their graves, nor did Woodland know.  It was a question they had never been asked.  It was a slow day so they were happy to put in the energy to find them, but came up empty.

Despite my late start I didn't feel any sense of urgency, nor frustration when I would have to stop to consult my map to find my way.  I could have availed myself of a fringe of forest along Orly airport beyond Robic's grave, but the lure of rural France was too strong to resist, even though I knew it would require another hour of pedaling to reach it.

And I found just the quiet forest that I know so well shortly after exiting from the commuter clogged National Route 20, a main artery in and out of Paris.  I was hungrier than I realized and since I dread waking up from a gnawing in my stomach kept eating despite my exhaustion.  I actually nodded off mid-chew. After I assumed the prone position in my sleeping bag I slept solid for twelve hours, awaking just once from the cold, having to put on a sweater, my summer sleeping bag not adequate for the unseasonable forty degree temperatures.

It was thirty-six miles of tranquil roads through the incomparable French countryside to Cornet's grave. I warmed with pleasure at the usual amenities that every enlightened society ought to offer and are so common in France--picnic tables and random benches offering an invitation to plop down and enjoy.  I was in no hurry and with a strong, cold headwind out of the west, was happy to avail myself of them. 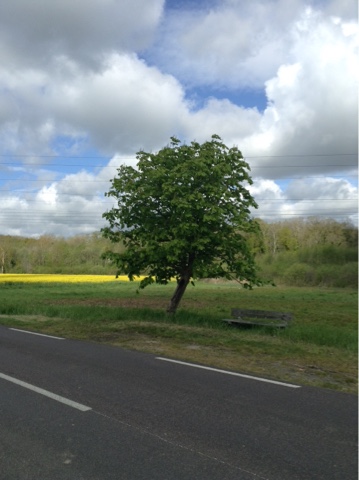 The regular pockets of forest that communities have preserved for generations are another of France's attractions. 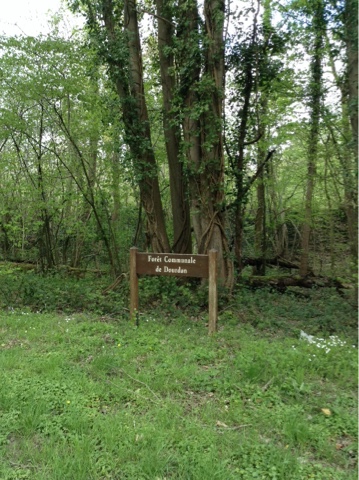 Well-kept small villages of stone houses that go back hundreds of years were no more than five or six miles apart.  If one didn't have a bakery and a church, the next or the next would.  This was civilization and cycling at its best.  It was great to know this will once again be my domain for the next three months. Now if it will only warm up so I can shed my tights and jacket and gloves, I'll be as happy a camper as could be.

Posted by george christensen at 6:03 AM